A downloadable game for Windows

You have the power to split the world into half. You can destroy buildings, overturn mountains…

But you are still powerless against a human.
Even a human who wants to kill you.
Hey, isn't that ironic? Isn't that funny?
… Why aren't you laughing, Mika-chan? Lenine lives in a huge palace as the most trusted servant of Princess Micaiah, the only place of beauty remaining in a desolate, destroyed ghost city. Everything is perfect – the food is good, the job is good, life is good. As long as nobody leaves this palace of salvation, there is no need to dwell on the horrors that lie beyond these walls.

Until one day, a mysterious stranger arrives… to teach these content souls the true price of perfection.

Mica: Apoptosis is an RPG-style horror game about a web of delusions, a life of blissful ignorance, and the monstrous depravity that human beings can fall to in the name of love and admiration. The gruesome, revolting truth hidden behind the guise of a pretty, charming little lifestyle. Explore the game through three very different main characters with three very different perspectives, and tell your story as you believe it to be.

So powerful, yet so fragile… your life is like a candle, ready to be snuffed between my fingers.
I can slowly strangle you to death, and you can't even flail to defend yourself.
You're so funny, Mika-chan.

Mica: Apoptosis focuses on the experiences of three very stricken people, who are closer than they think, yet vastly different. And when things start changing, they begin their journeys on parallel lines, separated from one another.

Princess Micaiah, who owns a grand castle in the woods, hidden from the terrifying things outside;

Lenine, her loyal servant, who is separated from her at the most crucial time and sees the world in a frighteningly different way;

and Himeya Mika, a young girl who chances upon the castle one day, and finds it empty and desolate, yet full of fear…

This is their story. - 4 hours of gameplay
- 4 chapters - Prologue, Chapter 1, Chapter 2 and Chapter 3
- Original music
- Original artwork
- I ran all the scenes through a word counter and it's over the length of a novel already. (50,000 words)
- Several cutscene illustrations
- Plenty of changes to the previous chapters
- and many more!

Warning: This game may contain violent and disturbing content and is not recommended for players under the age of 16. CLICK HERE for the full list of trigger warnings.

I think the story of this game is fine but the puzzles or gameplay have some issues. I ended up consulting the walkthrough multiple times to figure out what to do, but what the walkthrough would say lowkey annoyed me as I felt like I should have been able to figure it out playing on my own but the game didn't give me the right information.

For the chase where you have to hide, I don't understand why you would make the game show a 30 second timer when you have 10 seconds to hide in the right place. When I played the game I was stumped because I tried all paths and tried hiding in the only location you can, but each time I got a game over. Then I read the walkthrough which said that you need to hide within the first 10 seconds to be successful, even though the timer shows 30 seconds. I don't like how the timer is misleading because I didn't even think that there could be a different result if you did it earlier versus later. There is an event with a 4 second timer in the intro, so if this game is ok with giving people the minimum amount of time needed to react (and probably forcing them to restart multiple times), then I suggest that the timer just be made 10 seconds like it really is, to avoid confusion. Or if keeping the "30 but actually 10" thing, then there should be some kind of indicator to show the player that speed matters, like making the timer turn red after 10 seconds have passed for example. Or making the chasing thing come out of the balcony after 10 seconds. Just something that clearly shows the conditions have somehow changed.

For the number code 167 in chapter 2, there is a grammatical mistake in one clue that screws it up. If "eight out of ten people" on the list participated that means eight people participated and there are only ten on the list. If you're trying to say 160 people participated you have to say "eight out of EVERY ten people" on the list. You can't say 8/10 of them did it cause that sounds like there were ten, you would have to specifically say 8/10ths of them did it or find a way to imply it's 8/10ths not 8/10. When I played this I thought the 2 clues were talking about 2 different lists, one with 200 people and one with 10 people eight of which came.

In chapter 2 also, I think it should be easier to exit the dream, in the part where you need to interact with a bunch of things before it allows the "Go to your room" note to appear on the balcony. When I played this part I got stuck, consulted the walkthrough, found out I couldn't progress because I didn't read one of the books by Lancaster in Mica's room before getting to the balcony. The most annoying thing is that I already interacted with all the other objects I had to, before I went to the balcony (nothing happened), then I backtracked and checked the book (nothing happened), then at that point I went to walkthrough and found out I already cleared all the flags I needed to, just in the wrong order. First of all, I think the chapter 1 part where you need to do 2 sidequests as Lenine was much better in not being confusing, because exactly when you finished what you needed to do, the game gave you a textbox telling you that something changed and where to go. I think in this part there should be something similar. Second, apart from it being confusing when you're done checking things or when you still have stuff left, I don't like how you need to interact with things in the first place. I feel like you should just automatically have the note on the balcony without it needing to be triggered, letting the player talk to people or interact with things as Micaiah if they want, but don't make them have to interact with everything in order to progress. Or only make them have to do major things like talking to other characters, not have to examine books and objects. I think the books by Lancaster are especially easy to miss as something you need to interact with because you can't read them and Micaiah only makes a unique comment for the first book you check (when there are 3 of them that you have to check). To me it's especially annoying because she doesn't even read the book or say anything about it, you just can't progress until you've seen the titles of all the three books.

Also I don't like how in the Chapter 3 chase where you can only go forward, the game has inconsistent logic with when it gives you a game over. In the first room, it lets you have the chaser directly behind you and lets you turn to the side. In the other rooms after that it kills you if you let it touch you or you turn to the side. I understand you have to make it like that so the player can actually leave the first room, but it still annoys me that the rules aren't consistent between rooms. I thought you could turn to the side because in the first room it didn't kill you for doing that. I just don't like it cause I felt like I only died because I didn't know what was ok or not. However I figured it out after 1 death so I don't care that much about this in comparison to the other things.

Alas I read all the other comments and I learned the game hasn't been in development for 5 years. I relate cause I also have a project I abandoned for 1 year, which I still think about finishing, but I don't think it's worth it to continue it. Nor do I want to release all the future plans and what the ending was supposed to be, etc. So I would say you should tell us what the whole story and endings were supposed to be, as I really want to know, however with my perspective I know that you probably don't feel like doing that just cause some people are curious. However just in case you change your mind after a really long time, the thing I most want to know is what the "Illusion" and "Reality" paths would have been and how the whole themes of the game like blissful ignorance, delusions, would have been concluded.

will this game be updated?

The creator lost all their work, including almost complete versions of chapters 4 and 5. This was 5 years ago, and Coren Baili has not given any updates on any of their projects since 2018. The odds of this ever being finished are very slim.

i can't blame them. that must have been heart-crushing ):

I really hope that one day the creator decides to try again with this game- losing significant progress can be super discouraging, butthis game has been amazing so far ^^

So sad that this game will probably never be completed :(

The creator lost all their work, including almost complete versions of chapters 4 and 5. This was 4 years ago, and Coren Baili has not given any updates on any of their projects since 2018. The odds of this ever being finished are very slim.

Really?? Damn thats awful, hopefully they update them in the future if they want to.. Thanks for the update mate :)

This game will hold a special place in my heart.

Great game, havent finished yet but im really enjoying it so far, i'm doing a walkthrough of it since it's spooky session :)

sucks that he lost all his future chapter work on the game due to a fatal hardware failure rip. Guess the game wont be finished but its a good game.

Is chapter 3 the last one? Or will there be more chapters?

The author lost all their work on the previous chapters thanks to a fatal hardware failure... as well as all the work that had been done so far on future chapters. While the game was never canceled outright, I would say the odds of it ever being finished are slim.

i do not know what to do next ? i found a key but what i shoud do with it ?

Is this still being worked on or abandoned?

can someone tell me where's the setting in this game?

is chapter 4 gonna be released in this spring?

Was this made in VX Ace?

It's made in XP I believe.

Look in the screenshots. The XP logo is in it. Also their game is posted on rpgmaker.net which it states that the engine is  XP. I know you love to convert games to VX ACE to MV or vise versa, but no it isn't either of them.

Huh, didn't know that's what the icon for VX looked like. 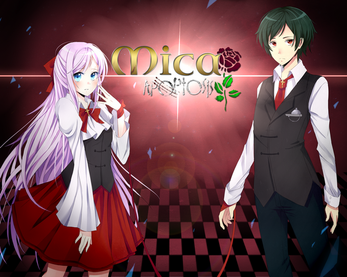 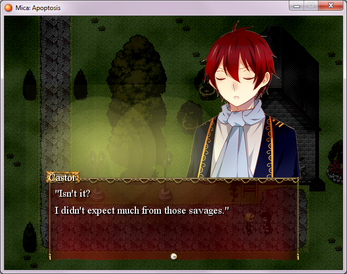 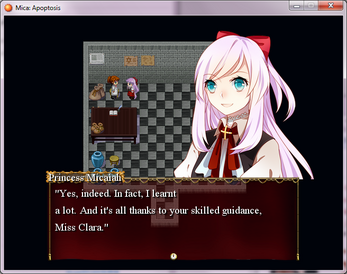 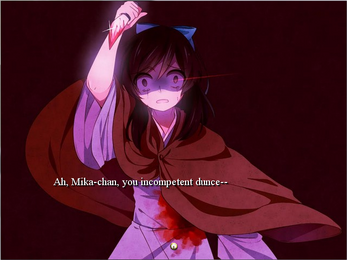 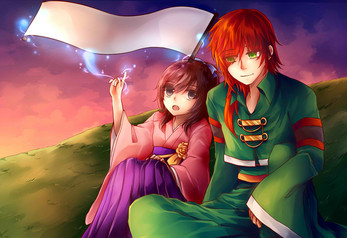