A downloadable game for Windows, macOS, and Linux

In a certain country during the late 20th century, a series of strange deaths occurred. All of the victims were found with their bodies putrefied, even though they shouldn't have died more than a few hours ago. This, however, stopped as quickly as it had come, only to be replaced by a series of strange disappearances. The government tried to hush it up, because they had no leads – to no avail. The powerful Wilshire Corporation continued to keep tabs on the case, while at the same time a secret private detective group went on a manhunt for the perpetrator. These cases closed upon the unfortunate deaths of said group in an accident. Years passed. All was well.

All was well, until the decaying corpse of Mikaela Lane turned up at the back of an abandoned church.

This story is set a year after that – about a young female corporate mercenary, Sho Reilen, who is skilled in the use of swords. She has something she wants – to confront Kaison Voltaire, a young man who seeks to hunt her down in revenge for the death of his beloved friend, Mikaela.

Crimson Rafflesia is a story about truth and lies, love and hate, and a field of decaying flowers.

"You owe me your life, you said. Then I suppose it's alright for me to collect my debt now?"

A crazed, villainous, cheerful child with no conscience – quite a despicable person and seeks pleasure in ruining others. With a terrible personality like that, she certainly has made herself a lot of enemies, but then again, it's hard to tell what she wants, or what she is thinking.

Kaison Voltaire is a 17-year-old boy whose father was a fencer. When he was 12, he got into an accident involving a fall which messed up many of his memories – in that hospital was where he first met Mikaela.

A close friend of Kaison's, whom he had known ever since they were children. A girl with corn-yellow hair and a delightful smile, whom he remembered well. The girl who saved his life. Who is now deceased – no, murdered. Murdered by Sho Reilen, who had the audacity to laugh, "It was a whim, a whim. I killed her on a whim. Is that a good enough answer for you?"

"All good things in the world will end someday. Let us end this one with a good show."

The son of Wilshire Corporation's director, and Sho's (current) employer. He has a strong sense of duty, but is also as cut-throat merciless as his job dictates. His father was a passionate leader who managed to bring his company to a flourishing state in this utter ruin of a country in a mere few decades.

"That is why, Kaison. I want you to be fully aware of what you are getting yourself into."

A kind, gentle priestess of the Temple of Holy Light. Calm, tranquil and dignified, she hides more than people think. After all, she does possess the charisma to attract even non-believers to this strange little temple of hers.

"Being part of this kind family, I can't ask for anything more."

Shirley Primer is Aurelia's 17-year-old younger sister. A soft-spoken and kindhearted girl, she was, however, caught in an accident in her youth that left her wheelchair-bound. She is a sickly girl who's recently been hospitalized again from a psychosomatic eye injury, from which she is recovering. Kaison seems to find her familiar, somehow.

Layner is a young coffee shop boy. He frequently has his head in the clouds, not being able to take anything seriously, if anything at all. The dilapidated little excuse of a coffee shop he maintains is supposedly listed under his parents' names, but he takes care of it all by himself. He seems to know Mikaela Lane, but knows nothing of the true events behind her death, or any of the secrets behind it. After all, he's just an ordinary boy, seventeen years old, looking forward to the prospect of adulthood…

If you are interested in the demo, please consider giving a small donation to our Patreon so that the full game can become a reality soon!

Uhm, when will the full vers come out?

How long would be the playtime for this?

It is a very good game so far. I love the plot! How is progress going on the full version? 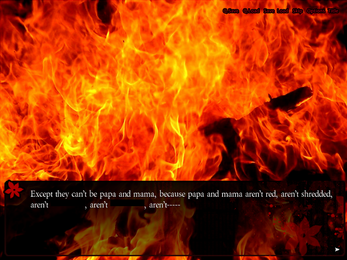 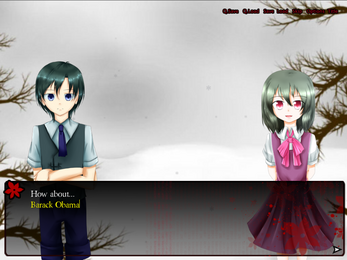 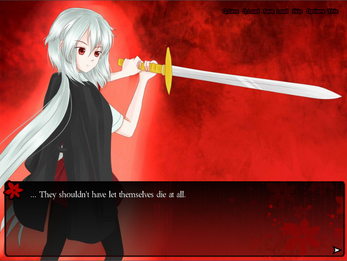 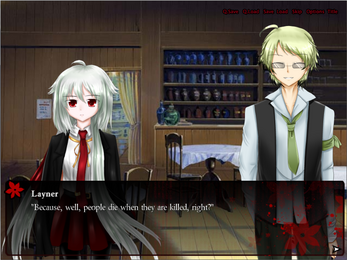 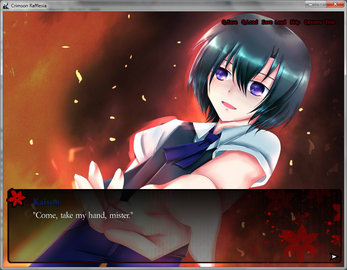 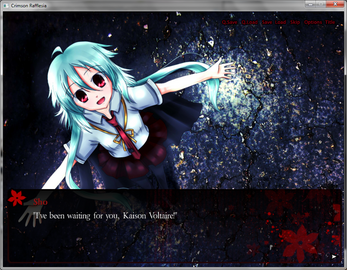 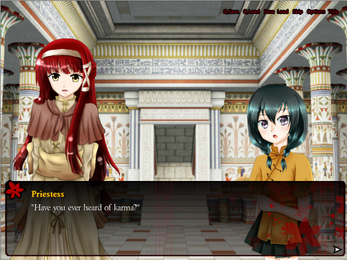 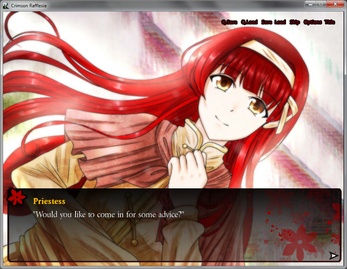